It’s been a couple of weeks since this happened but this is legit one of the strangest situations at my hotel ever, and if you’ve read any of my other posts, we get some crazy stuff.

Back in March a lady checked in using a third party website. She had her kitty with her and we’re pet friendly and all is well. Most of us don’t notice her except she keeps extending her stay. One day at a time through the third party website and sometimes through her own credit card if one of us can catch her. Every time we call her to tell her it’s time to come sign a new registration card she’s on a business call or will be right down.

At first honestly we didn’t even know about the cat, the housekeeping staff busted her on the cat, so we had to start charging the pet fee. It’s not a big deal but the housekeepers should know that you have a cat in your room so they don’t let the cat out while cleaning, etc.

This woman was so nondescript though that I have no idea how long she was there before I started noticing the multiple reservations. And it’s when we noticed her things got weird.

I came in one morning to be told that the woman in 2XX’s son had died and that’s why she was staying with us. Okay this is a sad thing but not unusual, but hey I appreciate the heads up so I can be extra kind to a guest going through a hard time. Still haven’t actually seen this disembodied voice on the telephone I sort of pushed it out of my mind after calling her and reminding her of the rate for the day and that she needed to come sign her slip for the day. She stopped by at some point so I finally got a look at her and she seemed sad but nothing crazy.

The next morning is a Sunday and I go in and am getting the hotel going when what in the actual fuck there are two police cruisers and a fire truck followed by an ambulance. It’s 8 in the morning. Officer asks me where room 2XX is and explains a friend of the occupant had called for a wellness check because of some text messages the occupant had been sending them and they needed to see her. So I grabbed my master key and the fork (deadbolt tool) in case of the worst and up we went. The cops knocked first and she wouldn’t open the door for them. In a rare moment of regard for the building itself I asked them to let me knock before we went all Conan on my door or tried to jump the lock.

She saw me at the peep hole and opened the door. I said that she wasn’t in trouble these guys just wanted to talk to her and went back to the desk. They later carted her out in an ambulance and one of the officers said she was showing signs of alcohol poisoning, They’d be taking her to a local hospital and that they had fed the cat and the cat had water and the litter box had been cleaned.

Who knew you could call 911 for cat care?

She came back from the hospital at the end of my shift pretty embarrassed and I actually walked around the desk to give her a hug and give her my card in case she needed anything during the rest of her stay with us. She was sad and lonely and her son died, right? I mean we should have some compassion for our fellow man….

When I get back to work after a day off Lady With the Cat had been escorted off property by the police department. Why?

HER SON WASN’T DEAD. She’d been lying the entire time and her son had been looking for her for god knows why. I wasn’t there when the eviction occurred but they legit came in and took her, the cat, all her stuff, including all the pills and booze she had in her room and dragged her off to another property god knows where.

I only know she’s alive still because she called the hotel the next day wanting her “belongings” back.

She meant the litter box.

That room is still out of order. 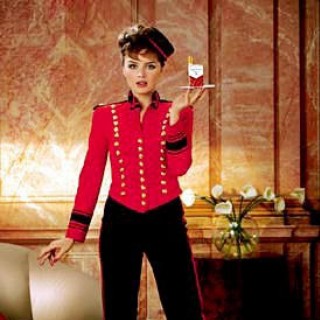 Thank you for calling the front desk…

Stories collected while navigating the front desk at a hotel that's somewhere...